The story of the Turkish mosque”As If I Have Eaten”

The story of the Turkish mosque “As If I Have Eaten” – “Sanki yedim camii”. The owner of the masjid is an Ottoman man named Khair ulddin Kashtaji Effendi.

Over twenty years, Kashtaji Effendi has devoted himself to collecting money. In order to eventually build a masjid, to be an ongoing charity for him bearing the name of his story.

The hero of the tale was a middle-class merchant. Most rumors suggest that he lived and built the masjid in the eighteenth century AD, where he used to see the great masjids of the Ottoman empire sultans, and he used to tell himself that he would build a masjid to be a good deed and an ongoing charity for him.

Here begins the story with this ascetic man. Despite not having any money to build a small masjid

He intended to be thrifty in his food, drink and clothing.

And he began to collect money with a focus on his intention of building a masjid. 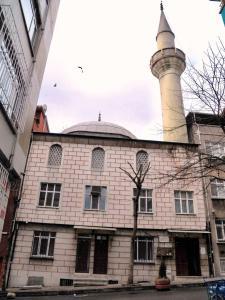 How he collected money to build the Turkish mosque

If he desired something, he would ask about its price.

And when the seller would say to him: the price of this is such-and-such.

This ascetic man would take out the price of the goods from his pocket.

And put it in his other pocket to collect the money to build the masjid, telling himself: “As If I Have Eaten.”.

He used to do this over and over again and restrain himself from extravagance.

In accordance with the Almighty’s saying in Surat Al-A’raf: “Eat and drink, but do not waste. Surely He does not like the wasteful.”.

Despite the attempts of many to stop this man from his desire, he withstood and curbed his cravings, to reach his goal after two full decades. Finally, this ascetic man collected enough money, and built a masjid in the Al-Fateh neighborhood.

And the man chose this unique name “As If I Have Eaten” and gave it to the masjid.

The name of the masjid has not changed to this day.

So that this name remains a witness to the story of the construction of the masjid.

Also to tell everyone here and there about the asceticism of this man who built it.

Most of the corners of the Turkish mosque were burnt during a fire in the surrounding area during the First World War.

And it remained closed until 1959, when the people of the area gathered and decided to rebuild the masjid through the same good intention on which it was founded, which is to collect funds to be an ongoing charity for them.

And the name of the mosque kept reminding everyone who passed by and prayed in it, that a person should not buy everything he desires.

Even when he talks to himself about extravagance and buying unnecessary things, his motto at that time should be “As If I Have Eaten.”

So, are you interested in gaining more knowledge about great Islamic stories? If so, please visit this link!

The Month of Rajab

The months of Islam are important for Muslims to know. Four months are sacred, and one of those is the month of Rajab. Learn more.

A Dua for Help in all Affairs

The Supplication of Musa (as) The Quran contains many amazing duas (supplications).  With something a believer should say, such as the dua for getting into

Calling all newlyweds! We have three pieces of advice for Muslim marriages! Read more to learn how to create a positive marital environment.